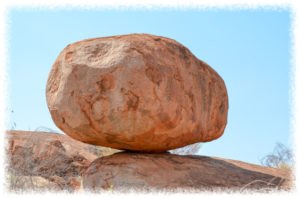 If a rock wall is what is needed, but the only material available is a large boulder, how can you go about transforming the latter into the former?

Whether the task is to break apart a physical boulder into pieces suitable for building a wall or breaking up an idea into actionable tasks, there is a lot of work involved. Especially if a team is inexperienced or lacks the skilled needed to successfully complete such a process.

We choose to go to the Moon in this decade and do the other things, not because they are easy, but because they are hard; because that goal will serve to organize and measure the best of our energies and skills, because that challenge is one that we are willing to accept, one we are unwilling to postpone, and one we intend to win, and the others, too.President John Kennedy

That’s a pretty big boulder. In fact, it’s so big it served quite well as a “product vision” for the effort that eventually got men safely to and from the moon in 1969. Even so, Kennedy’s speech called out the effort that it would take to realize the vision. Hard work. Exceptional energy and skill. What followed in the years after Kennedy’s speech in 1962 was a whole lot of boulder-busting activity 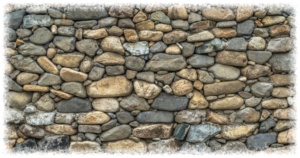 A user story is a brief, simple statement from the perspective of the product’s end user. It’s an invitation for a conversation about the what’s needed so that the story can meet all the user’s expectations.

In it’s simplest form, this is all a product backlog is. A collection of doable user stories derived from a larger vision for the product and ordered in a way that allows for a realistic path to completion to be defined. While this is simple, creating and maintaining such a thing is difficult.

Experience has taught me that the single biggest impediment to improving a team’s performance is the lack of a well-defined and maintained product backlog. Sprint velocities remain volatile if design changes or priorities are continually clobbering sprint scope. Team morale suffers if they don’t know what they’re going to be working on sprint-to-sprint or, even worse, if the work they have completed will have to be reworked or thrown out. The list of negative ripple effects from a poor quality product backlog is a long one.

Boulder image by pen_ash from Pixabay