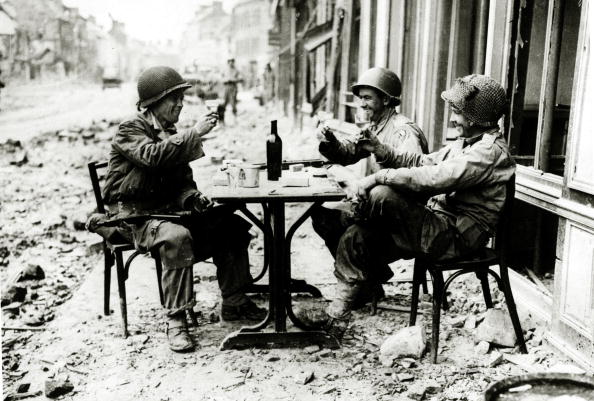 I have forgotten where I discovered this picture. It was many years ago. I do not know who these men are or when and where this picture was taken. (If you know, please drop me a line.) I’ve copies of it on virtually every chunk of technology I own that’s capable of showing pictures as a frequent reminder and image for contemplation. It is rich in meaning in many different ways.

The soldier on the left appears to have what looks like a Thompson submachine gun on his lap, suggesting things in the area are not as casual as the wine bottle and raised glasses might suggest.

To all who have served us in the defense of Freedom and Liberty: My sincere and deep appreciation and most humble thanks. 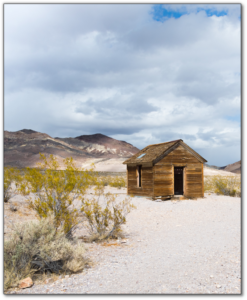 I’ve coached and served as scrum master for dozens of remote teams over the years. In light of current events, I’ve posted a collation of the notes I have for helping distributed teams working effectively.

To help ensure that the concept of “team” remains intact during distributed team conditions, this post is intended to serve as a guide for scrum masters for how best to facilitate and monitor team interactions and performance with distributed teams.

Even with ideal conditions (i.e. plenty of bandwidth for audio and video, intra-team familiarity, clear agenda, etc.) working with distributed teams will always have a degree of asynchronous communication. Fields of vision are limited to what’s in frame for the video camera, network latency issues, and a general lack of access to in-person non-verbal cues will cause people to speak over and interrupt each other and miss-read intent more than they would during in-person meetings. To mitigate these constraints, it is important to have a well understood and practiced set of etiquette rules for distributed team meetings.

Unfortunately, TFS doesn’t have ready-made or easily accessible metrics charts like I’m used to with Jira. There is a lot of clicking and waiting, in my experience. Queries have to be created then assigned to widgets then added to dashboards. Worse, sometimes things I need just aren’t available. For example, there is no cycle time chart built into TFS. There is a plug-in available for preview for VSTS, but as of this posting that plugin won’t be available for TFS. With Jira, cycle time and other charts are available and easily accessible out of the box.

Sigh. Nonetheless, we go to work with the tools we have. And if need be, we build the tools we need. In this post, I’ll give a high level description for how to create Cycle Time charts from TFS data using Python. I’ll leave it as an exercise for the reader to learn the value of cycle time charts and how to best use them.

To make life a little easier, I leveraged the open source (MIT License) TFS API Python client from the Open DevOps Community. To make it work for generating Cycle Time charts, I suggested a change to the code for accessing revisions. This was added in a subsequent version. For the remainder of this post I’m going to assume the reader has made themselves familiar with how this library works and resolved any dependencies.

OK, then. Time to roll up our sleeves and get to work.

With that, we’re ready to make a call to TFS’s REST API. Again, to make things simple, I create a query in TFS to return the story cards I wish to look at. There are two slices I’m interested in, the past three and the past eight sprints worth of data. In the next block, I call the three sprint query.

When collected, I send that data to a function for creating the chart using matplotlib. I also save aside the chart data in a CSV file to help validate the chart’s accuracy based on the available data.

The size variation in data points reflects occurrences of multiple items moving into a status of “Done” on the same date, the shaded area is the standard deviation (sample), the blue line is the rolling average, and the orange line is the overall average.

If you are interested in learning more about how to implement this script in your organization, please contact me directly.

I recently resigned from the company I had been employed by for over 5 years. The reason? It was time.

During my tenure1 I had the opportunity to re-define my career several times within the organization in a way that added value and kept life productive, challenging, and rewarding. Each re-definition involved a rather extensive mind mapping exercises with hundreds of nodes to described what was working, what wasn’t working, what needed fixing, and where I believed I could add the highest value.

This past spring events prompted another iteration of this process. It began with the question “What wouldn’t happen if I didn’t go to work today?”2 This is the flip of asking “What do I do at work?” The latter is a little self-serving. We all want to believe we are adding value and are earning our pay. The answer is highly filtered through biases, justifications, excuses, and rationalizations. But if in the midsts of a meeting you ask yourself, “What would be different if I were not present or otherwise not participating?”, the answer can be a little unsettling.

This time around, in addition to mind mapping skills, I was equipped with the truly inspiring work of Tanmay Vora and his sketchnote project. Buy me a beer some day and I’ll let you in on a few of my discoveries. Suffice it to say, the overall picture wasn’t good. I was getting the feeling this re-definition cycle was going to include a new employer.

A cascade of follow-on questions flowed from this iteration’s initial question. At the top:

Of course, it wasn’t this simple. The organization changed, as did I, in a myriad of ways. While exploring these questions, I was reminded of a story my Aikido teacher, Gaku Homma, would tell when describing his school. He said it was like a rope. In the beginning, it had just a few threads that joined with him to form a simple string. Not very strong. Not very obvious. But very flexible. Over time, more and more students joined his school and wove their practice into Nippon Kan’s history. Each new thread subtlety changed the character of the emerging rope. More threads, more strength, and more visibility. Eventually, an equilibrium emerges. Some of those threads stop after a few short weeks of classes, other’s (like mine) are 25 years long before they stop, and for a few their thread ends in a much more significant way.

Homma Sensi has achieved something very difficult. The threads that form Nippon Kan’s history are very strong, very obvious, and yet remain very flexible. Even so, there came a time when the right decision for me was to leave, taking with me a powerful set of skills, many good memories, and friendships. The same was true for my previous employer. Their rope is bending in a way that is misaligned with my purpose and goals. Neither good nor bad. Just different. Better to leave with many friendships intact and a strong sense of having added value to the organization during my tenure.

The world is full of opportunities. And sometimes you have to deliberately and intentionally clear all the collected clutter from your mental workspace so those opportunities have a place to land. Be attentive to moments like this before your career is remembered only as someone who yells at clouds and tilts at windmills.

2 My thanks to colleague Lennie Noiles and his presentation on Powerful Questions. While Lennie didn’t ask me this particular question, it was inspired by his presentation.