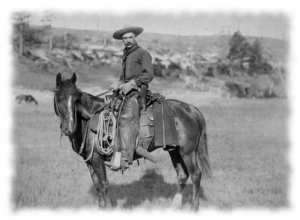 When I was developing software under the draconian rules of CMMI there was the very clear message from the handlers (as we called them) to follow the rules or there will be consequences. So we did. Mostly. The problem was that amongst those of us in the trenches there wasn’t much of a feeling of actually getting work done. There was a lot of rework due to features being designed without our input. The design team would send us a design, we’d make noise that the design had problems but we’d have to build it anyway, we’d build the unworkable thing, demonstrate a flawed product to the design team, they’d redesign (without our input), re-document, and send us a new design.

And so we lurched forward. We followed the rules and weren’t getting the job done from the customer’s perspective. I’m sure the CMMI gods were happy, though.

This was before “Agile” was a thing. There were plenty of rapid application development ideas in the industry and in loose fashion we ended up implementing what we thought we could get away with. And that worked.

Our impromptu “water cooler” conversations in the mornings where we mostly complained but frequently suggested solutions for each other’s techno-pain would be easily recognized by any scrum master as the daily stand-up or daily scrum. The way we cut up (literally) copies of the official documentation and re-arranged the work to better match how we thought the work needed to be done looked a lot like a sprint backlog.

We were getting the job done, but not following the rules. As far as I know, none of us ever suffered adverse consequences. It’s hard to argue with success no matter the path taken to get there.

Imposing elaborate sets of rules to a fundamentally creative process will pretty much guarantee a slow boat to success. In the late 80’s and early 90’s that seemed to work well enough. But those days are long gone. It’s why the framework approach to many of the Agile methodologies are more successful in software and similarly creativity dependent projects. Frameworks leave room to adjust, adapt, experiment, and act.

Rules are important. Frameworks aren’t devoid of rules. Far from it. Tossing out bits and pieces of a framework shouldn’t be done just to get the job done. The rules that are part of a framework should be considered a minimal set essential to success. None of them should be discarded without careful deliberation. Unlike the rules to something like CMMI that are meant to control as many aspects of the project as possible and squeeze out any trace of uncertainty and risk, the rules in an Agile framework are meant to serve as important guides. Operating outside a framework for extended periods is likely to put a project at significant risk.

Well-established and proven frameworks, such as scrum, have extracted the essential rules from previous methodologies and experiences and organized them in useful ways. They don’t reject all the previous rules in a quest to re-invent the wheel. They build on what has been learned to improve the wheel. This is reflected in the words of the Stoic philosopher Seneca:


Won’t you be walking in your predecessors’ footsteps? I surely will use the older path, but if I find a shorter and smoother way, I’ll blaze a trail there. The ones who pioneered these paths aren’t our masters, but our guides. Truth stands open to everyone, it hasn’t been monopolized.Seneca, Moral Letters, 33.11

The Stoics recognize that our predecessors weren’t entirely wrong. But they are very likely incomplete. It is incumbent on us to improve upon and extend their work.

This illuminates the importance and value of a good scrum master. Like a good cowboy or cowgirl, part of their job is to ride the fences, looking for breaches to the framework. If found, either repair the fence with coaching or decide if the fence line needs to move to accommodate a need dictated by circumstances and conditions.

Even with the formalization of Agile practices into numerous frameworks and methodologies, I have to say not much has changed for the software developer or engineer with respect to how they get work done. I’m not referring to technology. The changes in what software developers and engineers use to get work done has been seismic. The biggest shift in the “how,” in my experience, is that what were once underground practices are now openly accepted and encouraged.

When I was coding full time, in the pre-Agile days and under the burden of CMM, we followed all the practices for documenting use cases, hammering out technical and functional specs, and laboriously talking through requirements. (I smile when I hear developers today complain about the burden of meetings under Scrum.) And when it came time to actually code, I and my fellow developers set the multiple binders of documentation aside and engaged in many then unnamed Agile practices. We mixed and matched use cases in a way that allowed for more efficient coding of larger functional components. We “huddled” each morning in the passage way to cube pods to discuss dependencies and brainstorm solutions to technical challenges. Each of these became more efficiently organized in Agile as backlog refinement and daily stand-ups. We had numerous other loose practices that were not described in tomes such as CMM.

But Agile delivery teams today are frequently composed of more than just technical functional domains. There may be non-technical expertise included as integral members of the team. Learning strategists, content editors, creative illustrators, and marketing experts may be part of the team, depending on the objectives of the project. Consequently, this represents a significant challenge to technical members of the team (i.e. software development and  tech QA) who are unused to working with non-technical team members. Twenty years ago a developer who might say “Leave me alone so I can code.” would have been viewed as a dedicated worker. Today, it’s a sign that the developer risks working in isolation and consequently delivering something that is mis-matched with the work being done by the rest of the team.

On an Agile delivery team, whether composed of a diverse set of functional domains or exclusively technical experts, individual team members need to be thinking of the larger picture and the impact of their work on that of their team mates and the overall work flow. They need to be much more attentive to market influences than in the past. The half-life of major versions, let along entire products, is such that most software products outside a special niche can’t survive without leveraging Agile principles and practices. Their knowledge must expand beyond just their functional domain. The extent to which they possess this knowledge is reflected in the day-to-day behaviors displayed by the team and it’s individuals.

Product owners and scrum masters need to be constantly scanning for these and other signs of disengagement as well as opportunities to connect cross functional needs.

In a previous post, I described several barriers to implementing scrum. Recently, an additional example came to light similar to the mistake of elevating scrum or Agile to a philosophy.

In a conversation with a colleague, we were exploring ways on how we might drive interest for browsing the growing wealth of Agile related information being added to the company wiki.  It’s an impressive collection of experiences of how other teams have solved a wide array of interesting problems using Agile principles and practices. Knowing that we cannot personally attend to every need on every project team, we were talking through various ways to develop the capacity for exploration and self-education. I think I must have used the phrase “the information is out there and readily available” a couple of times to many because my colleague reacted to where I put the bar by comparing learning Agile to surgery.

Using the surgery metaphor, she pressed the comparison that all the information she needs about surgery is “out there and readily available” but even if she knew all that information she likely wouldn’t be a good surgeon. Fair point that experience and practice are important. And if that is the case, then everyone should be taking every opportunity they can to practice good agile rather than regressing to old habits.

More importantly, perhaps, is the misapplied metaphor. Practicing agile isn’t as complicated as surgery or rocket science or any other such endeavor that requires years of deep study and practice. Comparing it to something like that places the prospects of doing well in a short amount of time mentally beyond the reach of any potential practitioners.

Perhaps a better metaphor is the opening of a new rail line in the city. A good measure of effort needs to be expended to educate the public on the line’s availability, the schedules, how to purchase fares, where the connections are, what are the safety features, etc. Having done that, having “put the information out there where it is generally available,” it is a reasonable expectation that the public will make the effort to find it when they need it. It is unreasonable, and unscaleable, to build such a system and then expect that every passenger will be personally escorted from their front door to their seat on the train.

It is also interesting to consider what this does to the “empathy scale” when such an overextended metaphor is applied to efforts such as learning to practice Agile. If we frame learning Agile as similar to surgery then as people work to implement Agile are we more inclined to have an excessive amount of empathy for their struggles and be more accepting or accommodating of their short comings?

“Not to worry that you still don’t have a well formed product backlog. This is like surgery, after all.”

Are we as an organization and each of our employees better served by the application of a more appropriate metaphor, one that matches the skill and expectations of the task?

“We’ve provided instruction as to what a product backlog is and how to create one. We’ve guided you as you’ve practiced refining a product backlog. You know where to find suggestions for improving your skills for product backlog stewardship (wiki, books, colleagues, etc). Now role up your sleeves and do the work.”

Successful coaching for developing the ability in team members for actively seeking answers requires skillfully letting them struggle and fail in recoverable ways. It is possible to hold their hand too long. To use another metaphor, provide whatever guidance and instruction you need to so they know how to fish, then let them alone to practice casting their own line.